After relocating to New York City in 2018, Jade Collective felt inspired to write their new EP, Cycles, about dealing with change. Each song on the EP is told from a different perspective on the subject, lyrically and sonically. “Cycles and Lilith are both darker takes on resisting change either by being stuck in a loop of habits or fearing change itself. On the other hand, Light is about seeing that we all have the power to shift and accept change if it’s what we desire - whether it be something about ourselves, our surroundings, etc.” says Catey Esler, vocalist/pianist of Jade Collective.

At the core of Jade Collective’s new music is a strong sense of community and collaboration. “Catey and I wrote the bones of each song (form, melody, lyrics and harmony) and then brought them to the band to add their own individuality to each song’s arrangement. The music on the EP really came to life because of each band member’s creative input” says Jan Esbra, Jade Collective guitarist.

Jade Collective draws their musical inspiration on the EP from a wide variety of Folk, Jazz, and Alternative bands including Bon Iver, Big Thief, Fleet Foxes, Becca Stevens Band, and math-rock group Don Caballero. “We wanted all of the songs to have a live/acoustic sound so we started by recording a full band scratch take and then overdubbing/layering from there to try to balance a mix of acoustic and produced sensibility” explains Catey Esler. By combining elements of folk-guitar with modern-jazz harmony, washy electric keyboards alongside acoustic pianos, and syncopated drum and bass rhythms underneath warm vocals and sax melodies, Jade Collective creates a textural landscape throughout their EP, Cycles, that is expansive but very inviting. 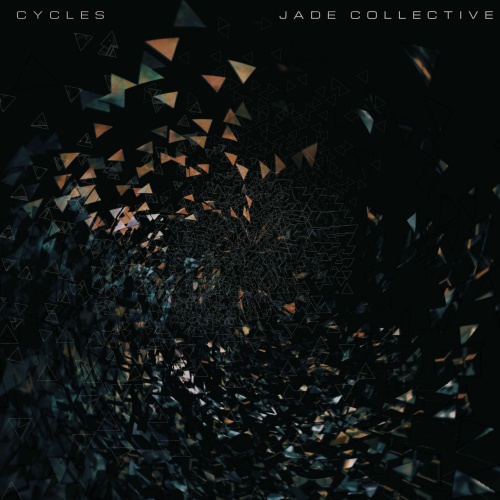 Jade Collective is an NYC based indie-jazz band led by Jan Esbra and Catey Esler. Their music is influenced by their diverse musical backgrounds, drawing from alternative rock to folk to create a sound all their own.

In September 2016, Jade Collective released their debut album Clarity which was successfully crowdfunded through Indiegogo. Since their start in 2016, Jade Collective has toured as supporting act for world-renowned singer-songwriter, Becca Stevens and has held residencies at The Middle East in Boston as well as The Shrine and Silvana in New York. In 2016 their original song “Beyond the Last Thought” won a Downbeat Student Music Award for Undergraduate College Outstanding Composition.

Jade Collective is set to release, Cycles, a brand new 5-track EP in December 2020. The EP was recorded at Ovation Sound in Winston Salem, North Carolina.