Kids come out fighting with Kyan in a song of strength

Local singer songwriter Kyan Burns is about to drop her third single and this time, she’s doing it for the kids.

Featuring local, award-winning hip hop artist Boffa and a children's choir, the Adelaide performer who forged a successful career in the pub rock scene before going solo, penned 'We Won't Let Them Win' when she saw many young people struggling through the pandemic.

"This song means so much to me because I have watched friends and family struggle with mental illness. But through the pandemic, I saw so many young people transition to online learning, which was pretty isolating for them at times, and with online bullying rife for young people, it made me want to speak out for them," Kyan says.

Launching on July 1, the song was recorded at Palomino Sound Recorders in Myponga by Tristen Bird and features Sheryl Crow's Nashville drummer Fred Eltringham on the drums.

A video filmed by Nick Berry-Smith and directed by renowned film maker Gareth Wilkes accompanies the song, with children from TIDC and Type Talent appearing alongside Kyan and her band.

The song is passionate and evocative with a chorus that packs a punch and a captivating and haunting melody provided by a children’s choir.

"This is my third original single after 'Guess' and 'So I'm Telling You' but this one means the most. I wrote it whilst struggling to adapt to the huge changes that were taking place so the meaning is so important to me. Having a top-notch team to work on it has also been an absolute joy," she says.

Kyan Burns' single 'We Won't Let Them Win' can be heard on all good streaming service from July 1. 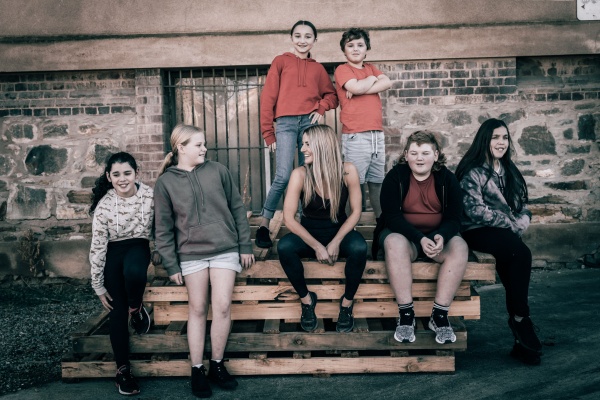 A South Australian vocalist with a focus on creating music that feels characterful and energetic, Kyan Burns has been on the music scene for 20 years, and has worked with a wide variety of talented musicians. Her balance sound captures the essence of timeless pop/rock and she is heavily involved in the creative and production elements of her music. Kyan’s powerful sound is hard-hitting and commanding, melodic and contagious. Having been compared to the likes of Jewel and Pink, Kyan Burns is one to watch in music.