Renowned soul-pop artist Wyn Starks is set to release his hit track ‘Circles’ in the UK, due to popular demand.

Having completely won over the States with his show-stopping vocals and sepia-tinged vintage vibes, Wyn Starks’ unique soul-pop sound is bringing romance to the UK. Effortlessly cool, Starks takes cues from Stevie Wonder, Prince, Leon Bridges and more, as he wraps his falsetto around a timeless melody and lyrics that perfectly reflect how he feels in the moment.

Growing up in Minneapolis, Minnesota, the pop singer fell in love with the Motown greats that played throughout his house and the Gospel music he sang in church. Honing his vocal and songwriting skills over the years, the singer found confidence once he moved to Nashville, and began crafting a melting pot of old-school R&B, retro pop, and Motown magic rooted in love, acceptance, and inclusion.

‘Circles’ is a prime example of this. Taking the feeling of a lazy Sunday in bed with your loved one and putting it to music, Starks’ voice is velveteen as the music swirls around in a lilting waltz. It’s the perfect companion to your morning coffee and an ode to the slow pace of life and the giddiness of being in love.

The track’s accompanying lyric video animates the heartfelt lyrics of this classic ballad and makes them dance around a single figure, who moves in circular motions around a sleepy street nearby a church – it’s both an homage to Starks’ past and an indication of his music’s power to make people want to stand up and express themselves through dance. It’s also an opportunity to admire the song’s lyricism, simultaneously unique and yet universal, speaking to anyone and everyone who has ever been in love. 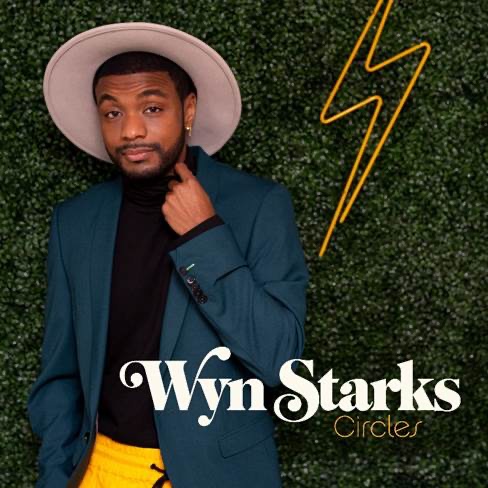