The album Natural High is a joyful and reverential tribute to the powerful magic of nature and miracle of life. There are many layers to the natural world. Those we perceive with human eyes to be beautiful or awe inspiring, or intrinsically feel we need to protect or even be fearful of, are perhaps only touching the surface of its extraordinary qualities. Nature is also working behind the scenes affecting us on an entirely different plane.
“Our relationship with Nature is powerfully symbiotic. Nature sustains us and it has the ability to move and heal us, to energise and uplift us. Nature’s voice speaks to us on every level. It is a living organism with a heart-beat, a soul and molecular memory, just like human life.” Sarah Class.

The inspiration for Natural High is drawn in part from Sarah’s belief that behind and beyond the apparent beauty, diversity and physical realness of all aspects of nature there is a powerful spiritual vibration existing in multi layers in our physical world. It is this version of Nature - the heavenly imprint of its physical manifestation, which is “channeled” into the music of Natural High.
Scientists know that Nature is proven to de-stress us, but equally they are aware this is not the full explanation. As scientist and cognitive psychologist David Strayer says, “something mysterious will always remain”.

Sarah says, “Natural High is also about Unity - the unifying God of all things. The connection between us and Nature. Our place within the natural world is not a separated one. We are of each other.”
The album is a celebration of “otherness” in Nature and explores Nature’s diversity and expressions through these ethereal realms. From flora, fauna and migration, to wild rivers, waterfalls, holy wells, mountains, sea vistas, deserts, epic landscapes and weather forces. Each track aligns with various Nature deities from the myths and legends of different cultures and connecting us with the profound reverence that has always been universally evoked by Nature.

Sarah Class has become one of Britain’s most sought-after composers and is described as having the ‘Midas touch’ when it comes to creating music. She is an accomplished musician, scoring for ﬁlm, television and the concert arena, producer, songwriter, and singer.

A classically trained pianist from an early age, Sarah developed a huge love of jazz and improvisation. Brought up on a nature reserve in a large unspoilt part of the Isle of Wight, she spent her childhood surrounded by rare orchids, bluebell woods and carpets of wood anemones – something that would come to inspire not just her music, but inform her very way of thinking and living. 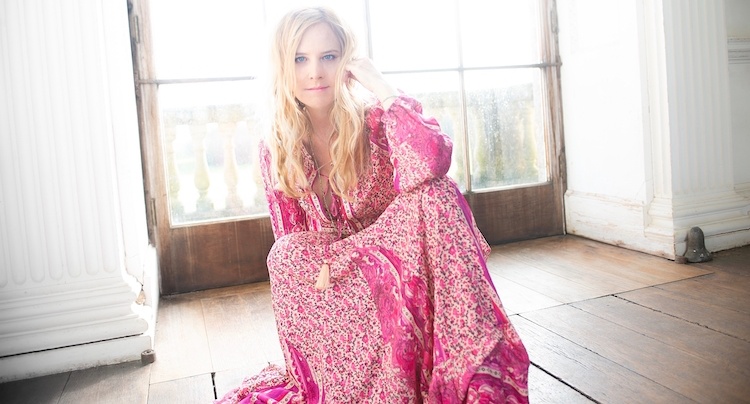 After graduating she went straight into the music business travelling extensively through Europe and the USA writing and performing with other artists developing her own unique style.
Her ability as a composer was soon recognised, and she quickly started to make her mark in the world of television and subsequently the ﬁlm industry. When she was asked to compose the score for an independent feature ﬁlm titled ‘The Weekend’ Sarah caught the attention of legendary producer Sir George Martin who subsequently took her under his wing to help and guide her career.

Since then her career has skyrocketed and boasts 3 Emmy Award nominations, a Classical Brit Award nomination, a No.1 album collaboration with Hayley Westenra, a Best Score Award for Sir David Attenborough’s BBC TV series ‘BBC Africa’, plus numerous other hugely successful and highly acclaimed scores for movies and TV.
Sarah is also Ambassador for the World Land Trust. Sir David Attenborough, Sir Chris Packham and Steve Backshall are also patrons. The charity has saved and protected nearly a million acres of rainforest and other habits over the past 45 years. Sir David even made an appearance on Sarah’s music video ‘I Will Fight’, released in conjunction with the World Land Trust to highlight the devastating environmental issues the world is facing.