Dancing on Tables are taking the UK and US by storm. With only 2 releases off their upcoming EP, they have already proven to be a firm fan favorite, with features in Variety Magazine as one of the Top 10 Brits to Watch a two page spread in Wonderland Magazine and a feature in the Scottish Sun.

Dubbed the new Coldplay in less than 3 months the band have gained over 100,000 monthly followers, 4 Spotify playlist features and they are gearing up for their first UK tour. Music News caught up with DOT to find out more...


Dancing On Tables how are you all today?

Slightly bored of being trapped in the house because of all the snow, but apart from that we are good.

How is the ‘Dancing In The Moonlight’ tour going?

It has had a delayed start due to the snow, but we are itching to get on the road and start playing. We love getting the chance to visit parts of the country we wouldn't normally get the chance to go to.

Has the Beast From The East hampered travel arrangements?

It forced us to reschedule our Glasgow show as nobody could get a car out of their drive. It's frustrating when you have been planning a tour for so long, but we know there is nothing we can do.

You’re about to release the video to Body, great song and visuals, how did it come together?

This is the third video we have done with the same director which has allowed us to build an relationship that benefits us all. We wanted the heavier influences of the song to come through in the video, especially in the chorus. When the idea of shooting it in a skate park was suggested we knew it was going to perfect for the track.

You’re from Dunfermline, what’s the local music scene like?

Dunfermline has a really exciting scene at the moment that we are fortunate to be a part of. There is a great network of venues + studios that provided us with a lot of support when we are starting as a band. Everyone is out to support each other and help the scene grow as much as it can.

How did you get together and end up on the band name?

We were friends at school and started by playing covers in a cupboard in the music department. We were offered our first show and realised we hadn't actually decided on a name the night before the show. We were at a party at the time and people were dancing on tables, so that seemed a good a name as any.

How would you sum up your musical style?

We have a variety of influences that we use when we are writing music, but we focus on the songwriting styles of bands like The Libertines and The Beatles to utilise have two frontmen in the band. 'Alt-pop' is the genre that suits us best, but in the studio we are very open to what influences may impact our music.

What’s next on the release schedule?

We will be releasing an EP before Summer with some new music on it. There are a few recorded tracks we are sitting on that are ready to be released, and we are continuously writing new material, so we will keep putting music out when we can.

How does your song-writing process work?

It's a team effort. Someone will have the original idea / melody and we will develop it as a group. Doing it this way means that we are making music that represents us as a band, and we can call on as many of our varied influences as we need

You’ve been dubbed ‘the new Coldplay’ is that a welcome comparison?

Being compared to a band as successful as Coldplay tells us we must be doing something right. They are one of the most accomplished bands in the world, so we are always going to welcome the comparison. They have managed to adapt their music between albums whilst ensuring it still has the identifiable 'Colplay sound' which is a long term plan for us.

Who are your heroes in music?

Big Country are from the same town that we are, so they have always been our heroes growing up. Between us we have watched just about every live video there is of them on YouTube.

There isn't very much time spent away from music at the moment, so the real answer to that is doing very little. I'm a big football fan so i'd say either playing it or watching Dunfermline Athletic.

What can we expect on the live schedule once this tour’s complete?

We are going to Nashville for a promo tour and a few live dates in May, so all the focus post-tour will be on that. After, we have a summer of UK festivals before more announcing more live dates in the Autumn.

What are the bands musical ambitions?

Most of our aims are short-term ones. We will continue to take things day by day and trust that it will take us in a positive direction long-term. It would be fun to collaborate with an iconic name like Jack White, though.

For someone that hasn’t come across Dancing On Tables yet what songs should they search out online?

Any message for Music News readers out there?

Check out our new single 'Body' and get in touch on social media to let us know what you think! 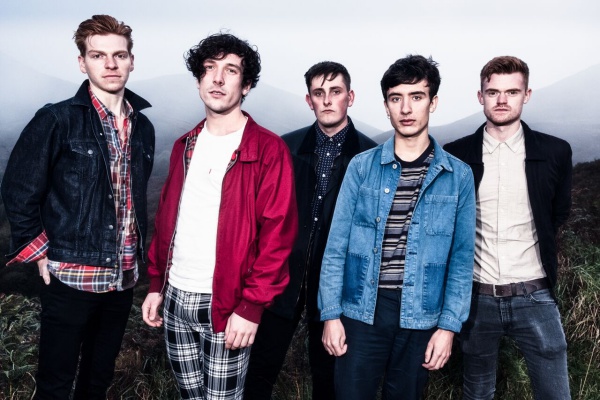 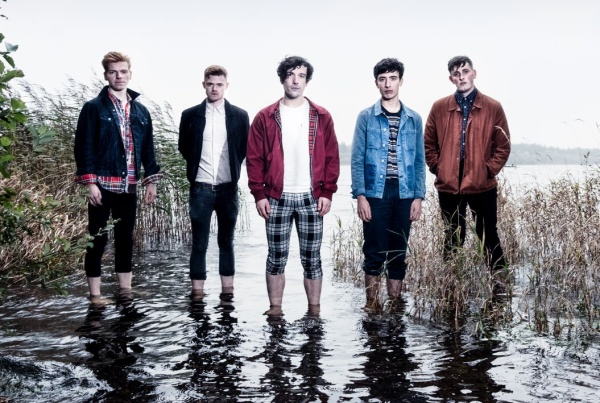