Globefy’s Thriving Music has teamed up with Ecina, the backing vocalist for Grammy artist Koffee

Ecina has supported other main stream acts and sung on stage with Artist such as; Chronixx, Daniel Caesar, Ikaya, Jah9, Konshens, Keznamdi, and many more, whilst travelling to many different countries on tour.

ECINA is a diverse performer from Kingston Jamaica, Influenced by reggae, dancehall, afro-beat and pop. Her musical education includes a: B.A. in Vocal Performance at Edna Manley Collage, Jamaica and she Graduated in 2018.

Ecina on stage with Koffee at Reggae Sunfest 2022 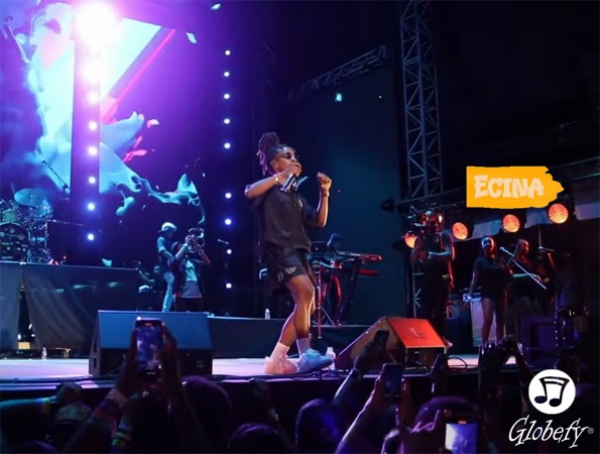 DJ / Radio Presenter, David Jammers has added “Jamaican Standard” to his renowned playlist at his London's residency Metropolis clubbing moments and his private boat parties on the Thames, whilst it is receiving very favourable attention via a network of djs in many London NightClubs; alongside being put in heavy rotation on British radio stations, with highlights on dj magazine's highly anticipated lists.

The lyrical theme of the track has attached itself to Jamaican communities throughout the UK and the rest of the world. #Globefy

The song Jamaican Standard will quickly become a viral chart hit with millions of streams and downloads alongside retweets and reposts on all social media platforms. #Trailblazing

Globefy® You Can’t Deny, So Why Would You Try