Sheffield-based folk outlier Jon Boden has announced his fifth solo album and the final album in his climate-change trilogy, ‘Last Mile Home’, due to be released on Hudson Records 5th March 2021. Listen here.

‘Last Mile Home’ describes a journey from moor to coast in a landscape empty of human life but overflowing with nature. A meditation on solitude, memory and nature, the album was recorded during the spring/summer of 2020 and is full of the sounds and images of the landscape reclaiming an abandoned world. Songs such as Old Straight Track, Into The Garden and Flash Flood function as a travelogue through moor, mountain and coast, while the more meditative Dream of the Ocean and Under The Bough draw the listener deeper into the character and history of the nomadic protagonist. In this third part of a trilogy of post-climate change concept albums, Jon returns to the more acoustic sound-world of 2009’s, Songs From The Floodplain whilst retaining the narrative drive of 2017’s, Afterglow. ‘Last Mile Home’ was recorded with producer Andy Bell at Jon’s storage unit, next door to a Sheffield steel fabricators. New field recordings from Edith and Eric the Edison “Standard” Model B Phonograph wax cylinder machines feature throughout the album. The record also features renowned folk singer Mary Hampton and the Remnant Strings.

Last Mile Home tells the story of a walk from the edge of Sheffield (where the trilogy of records originates) to Mablethorpe. A walk of eighty miles crossing the M1, passing through the urban sprawl of Rotherham, and leading eventually to the Lincolnshire Wolds and the North Sea. Walking evokes so much: of nature & birdsong, of pilgrimage, of the journey of life, of company along the way - aloneness, and indeed togetherness. The metaphors for walking run strong throughout the album, so that one can’t help but feel that – as well as the future – the album is really very much about today.

Jon Boden is best known as the lead singer and one of the founding members of folk juggernaut Bellowhead, whilst also fronting his own band, The Remnant Kings. He is also widely respected as a solo performer, songwriter, composer and interpreter of traditional song – not to mention, being one half of the ground-breaking and much loved Spiers & Boden. It is through his solo live shows that he has truly been able to showcase his instrumental talents, on fiddle, guitar and concertina. Playlisted on BBC Radio 2, numerous times, recipient of eleven Radio 2 Folk Awards and two honorary doctorates – he is also the voice of the Mark Radcliffe jingle on BBC Radio 2 and the busker in the Richard Curtis 2013 film “About Time".

“It’s been twelve years since the first of these songs made itself known to me and started me off on the road to Songs From The Floodplain. Since then it’s been a process of constant but gradual unfolding for me, even when my focus was elsewhere. I hope you’ve enjoyed the journey too and are able to find your own stories on Songs From The Floodplain, Afterglow and Last Mile Home.” Jon Boden

Last Mile Home is released on CD, LP and Digital formats and the title track ‘Last Mile Home’ will also be released as a very limited edition wax cylinder single. 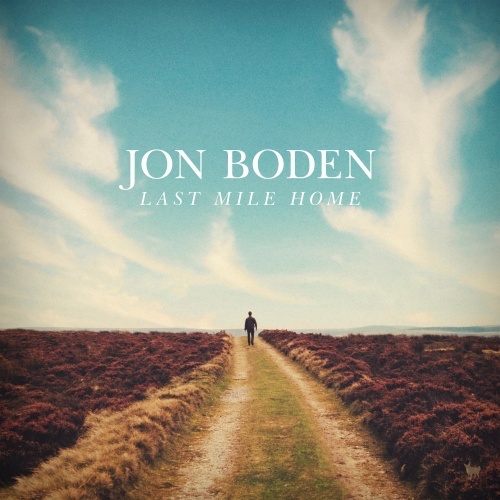