Robert Church The man. The myth. The celebrity.

Robert Church is the American version of James Bond- courtroom closer by day, and Rockstar by night. Church’s new release, Celebrity flips the negative image of celebrities written in tabloids upside down. This up-tempo rock and roll hit was made to touch everyone’s inner celebrity and bring out the best in them. As Robert says “Everyone is a celebrity if they are working towards their goals.” He mentions that “Celebrity is a song that takes listeners beyond musical conflict to a place of emotional resolution... the song celebrates achievement” . Bond Church encourages people to “partake in the magical world of finding a dream”. After speaking with Robert, you instantly recognize that he is a man of great integrity, morals, and values honesty especially. After getting to know Robert Church, you know that his word is as good as gold.

Robert began his musical career at a ripe high school age, and one of his esteemed moments was his guitar solo that rocked that entire school crowd. He draws inspiration from his own life events, including certain high-profile cases which appear on the front page of the Wall Street Journal. He has developed his own unique style, but often feels that he relates to the works of Peter Gabriel and other legends.

Church has broken stigmas of his profession, and lives as a forthright man. One of the notable lyrics reflecting this are “you can go your own way, and I won’t get involved”. This statement demonstrates a huge degree of composure and emotional maturity. He puts his cards on the table, and stands for his values, with the attitude: if you don’t like it, you are free to go as you please. Furthermore, Robert is a firm believer that “no dream is ever found without conflict.”, and is proven true by his own story, where he has faced adversity; and emerged from the ashes gleaming and radiating a new light. Church is not ashamed of the way he lives, and he exudes positivity and confidence. Robert Church writing stresses character development, reflects his feelings and moods, and always is tied to a strong emotional connection within his writing. When writing celebrity, the words came to him while he was strumming on the guitar.

“The pursuit of being a celebrity should be respected, and not ridiculed”. A true celebrity is one who stands for something honorable, and like Robert, has pursued his dreams. “Achieving success is a great thing”…“ but there is a temptation for celebrities to gravitate toward narcissism. I’d encourage people to focus more on what they can give, rather than receive with celebrity status.” He concludes with a statement that any boastfulness in the song is a reminder not to get carried away when you start to achieve this success, but to remain humble and to always offer a hand to serve others. 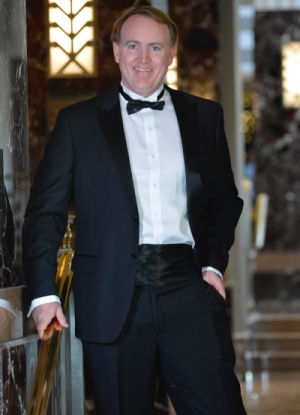