While “Plastic” brings together the celebrity music business with the world of plastic surgery, the story delves into “behind the scenes” intrigue and conspiracy when a world famous pop star is brutally attacked at The Chateau Marmont Hotel in Hollywood. The players in this conspiracy include pop star Fay Wray, her totally unscrupulous manager, the release of a new record and a major Hollywood film, entertainment attorneys, art collectors, a rock star of questionable character and Beverly Hills plastic surgeon Dr. Harold Previn, the book’s main character.

In this "bold, stylish, and poignant” edgy tale of psychological suspense that explores the ephemeral and diabolical world inside Hollywood as "the Capital of Good Looks”, beautiful teen pop star Fay Wray suffers a violently disfiguring assault in a room at The Chateau Marmont Hotel, a renowned Beverly Hills plastic surgeon is secretly called in to restore her looks. He soon comes to believe he’s being asked to surgically erase evidence of a crime and that Fay is in grave danger.

Frank Stausser has hosted a series of book release/launch events, thus far at The Chateau Marmont Hotel, which was sponsored by Rare Bird Books, whose books have won the PEN Center USA Fiction Award and a Pulitzer Prize, at Soho House and at the Diesel bookstore, all in Los Angeles. He also hosted a “Private” event at The Strand Bookstore in New York City and in Southampton, NY, with further events planned for Miami, Palm Beach, Nashville, Chicago, San Francisco, Houston and London.

“Plastic” offers up plenty of salacious backstory including the tragic plastic surgery related death of Kanye West’s mother Donda West, and refers to late actress Lana Clarkson, who was famously murdered by record producer Phil Spector. The murder of actress Lana Clarkson was among Frank Strausser’s inspirations for the Fay Wray character. The actress commanded a wonderful performance in his play "The Powder Room" and was also his friend. She was senselessly shot and killed by legendary music producer Phil Spector in a celebrity crime that led to one of Hollywood’s most sensational murder trials. Strausser also conducted interviews with several renowned plastic surgeons to cull research. His interview with celebrity plastic surgeon Dr. Jan Adams became a key plot point in “Plastic” after the Donda West media maelstrom that followed consumed Adams’ career.

Best known for his critically acclaimed plays “The Powder Room” (starring Academy Award best actress nominee Sally Kirkland), and “Psycho Therapy,” which ran in London’s West End at the Arts Theatre for five weeks and for three months Off Broadway at the historic Cherry Lane Theatre, Strausser brings his signature sharp dialogue and dark wit to bear on a place where “if you’re not beautiful, you’re dead” in “Plastic”.

Critics and peers have already weighed in on “Plastic” --“Unputdownable. A delicious, caustic comedy of manners with a dose of suspense that keeps its pages turning. Plastic is full of strong commentary on the times and sparkling LA scenes. An imaginative, sharp, entertaining novel”….Foreword Reviews (5 out of 5 stars).

“A shrewd and poignant satire of America’s unhealthy obsession with beauty and perfection, Plastic is a brisk and addictive read that you won’t be able to put down! As you would expect from an author who’s also a playwright, the dialogue is razor sharp and crackles like popcorn. Highly recommended!” ….Internet Review of Books

** ”Plastic” is available on Amazon, in Barnes & Noble stores, in Target stores and on Indiebound.org 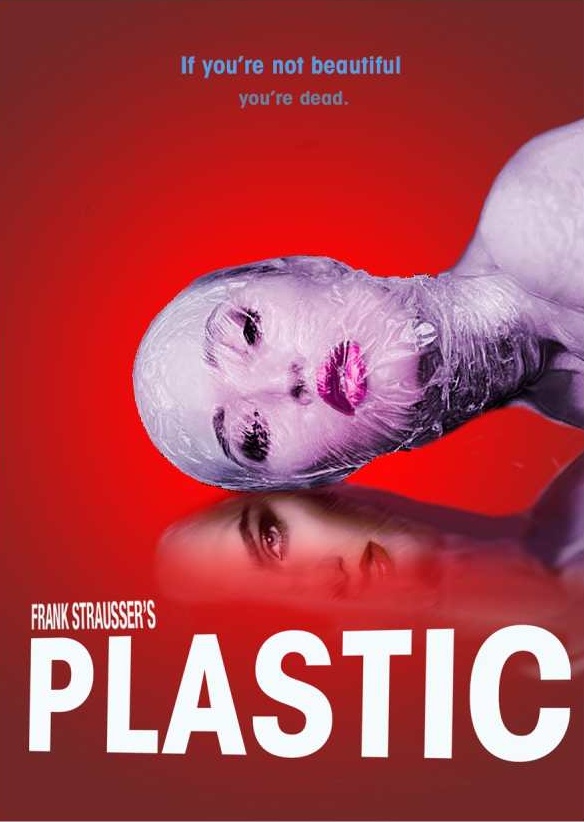