Jay-Z, a master of many arts, may have just added another to his bow... time travel.

The NME today reports that the legendary rapper has been accused of being a time traveller after a 1939 photo shot in Harlem, New York over 70 years ago shows a man identical to the rap icon.

Currently the main topic of debate seems to be if Jay-Z has spent his vast fortune on perfecting the art of time travel.

The picture, which you can see below, clearly shows a man in a cap staring directly to camera that could be the star.

The shot was posted on the New York Public Library's Schomburg Center blog and everyone seems to be asking if this is Jay-Z.

The Schomburg Center blog posted the picture with the following:

Does the man on the right remind you of someone? Perhaps it was his great-grandfather taking a break in Harlem in 1939. The photographer, we know for sure, was Sid Grossman. If you can put a (real) name on the young man, let us know. 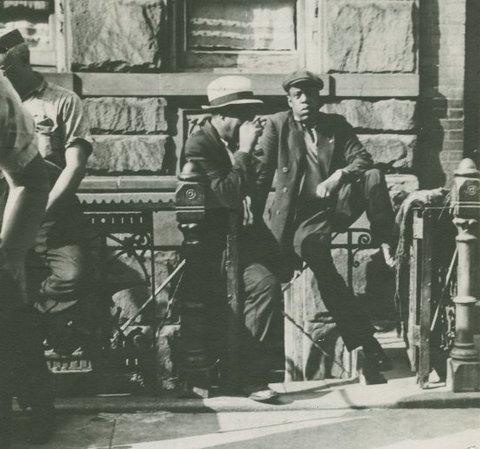